I was introduced to this activity at a professional development session, where we were shown resources we could use to explore peace and conflict issues with our pupils. While evaluating the resources, I realised the potential of using the weapons in school cards from the CND Peace Education resource The Bomb Factor with my Year 9 (age 13-14) tutor group during anti-bullying week.

Although there have been no incidents involving weapons in our school, media coverage of this issue in the UK and particularly in America has made our pupils more aware that it could be a problem. I had overheard them discussing it; I wanted to know what they thought and then devote some of our tutor group time to what to do if they knew someone had brought a weapon into school.

I realised the potential of working with a colleague in the History Department who could be doing a topic on the Cuban missile crisis later in the term. The group of pupils in my tutor group who were doing History GCSE would be able to revisit the activity, which my colleague would then link with the topic What do we think about nuclear weapons?

My tutor group were immediately engaged in discussing the weapons in school cards. Working in small groups, they had five minutes to do this, and then had to sort the cards under the agree/disagree/not sure headings. As I visited each group I was aware of consensus being reached about most cards, but there were a few which caused controversy: Gun/Knife amnesties can work and Talking through a disagreement with a teacher or peer mediator is more effective than violence

In subsequent Tutor Times we talked about bullying in school and how best to tackle it, which led to discussions about problems which had emerged in the wider community. Although time was limited we role-played some scenarios relating to this, and a group of pupils agreed to prepare an assembly for Year 7 that would explore responses to bullying. 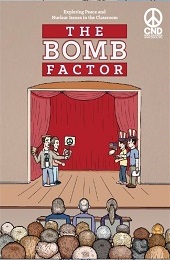 My History colleague used the weapons in school cards as a stimulus activity and asked members of my tutor group (who had already seen them) to lead short group discussions. He reported that some pupils questioned why they were doing the activity but were quick to make the connection when, at the end of the lesson, they did the activity about nuclear weapons. One pupil said Why is it okay for governments to use weapons and not us? 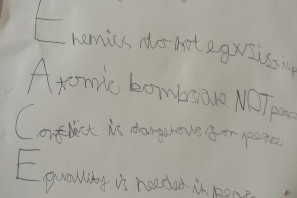 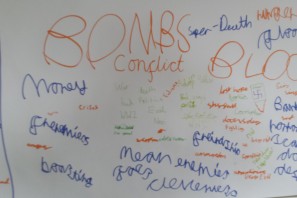 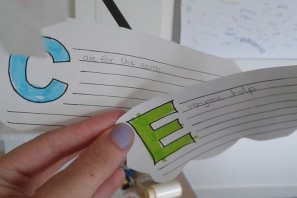 The nuclear weapons cards were used as a differentiated activity, the more complex ones given to the most able pupils. The cards led to interesting comments and questions; one pupil asked If people know about this stuff why don’t they do anything to stop it? This led to discussions about protest movements past and present, including current pro-democracy demonstrations in different parts of the world.

In future I will build the What do we think about weapons in school? activity into the tutor programme as a before and after activity to see whether pupils’ attitudes are affected by their learning and will make sure colleagues in the History department are aware of its potential.