In Year 1 (age 5 – 6) we decided to trial an alternative measure for social justice, measuring children’s moral imagination by asking what if? questions to test their ability to imagine consequences. We felt it would be more useful at the start of the school year and could be used to inform curriculum planning and class charters. Questions included

We then used a story as a good starting point for the question. Marcus Pfister’s The Rainbow Fish or Faustin Charles’ The Selfish Crocodile could be used for sharing. Chris Wormell’s The Saddest King could be used to discss rules. Julia Donaldson’s The Smartest Giant in Town could be used for rights. An Elmer story could be used for thinking about not everyone being the same.

The Selfish Crocodile by Faustin Charles and Michael Terry, picture via Bloomsbury Publishing 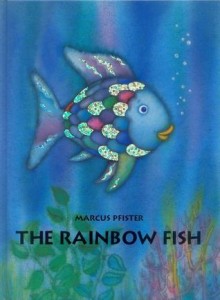 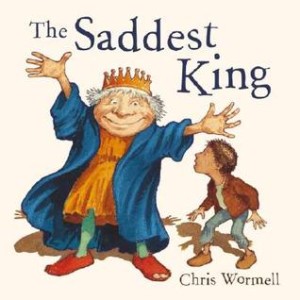 The Saddest King by Christopher Wormell, picture via Goodreads

Pupils first discussed the concept of what if? questions and as a class thought of some silly examples. We discussed how this type of question makes us think but will not necessarily happen.

The children were then asked What if your teacher banned sharing from tomorrow?

They were given a few minutes thinking time before going off to their tables and writing down their ideas independently, using the sentence starter, If our teacher banned sharing… to help trigger ideas.

All pupils were aware of the negative consequences that would occur if sharing was banned.

It was then trialled with 4 and 5 year old pupils. They were told that the headteacher had seen some children squabbling over things so had decided to ban sharing. So from the next day nobody at school would be allowed to share. What do you think will happen?

Any additional questions/responses made by the teacher are shown in bold.

All pupils regardless of age or gender thought it would affect them and would not be a positive thing. Many said that they would be sad. Several referred to a strategy already used in class where a timer is used to ensure that toys being used by someone else are shared within a session. Other children referred to the fact that children would be on orange and red clouds – part of our behaviour management where children’s names are moved when they do not make the best choices.

We have done a lot of work on sharing and equality this year so this would most certainly have a bearing on the views of the children.

A few months later in September, at the start of the new school year, we trialled the What if? activity again with a new Year 1 class as a starter to creating a class charter. The children were asked What if…your teacher banned sharing from tomorrow?

Instantly it was apparent that these children were not as developed in their understanding of social justice and equity because I needed to explain and ask the question again. When this activity was done with the previous Year 1 class towards the end of term they were confident in their views and knew why it was not fair.

Comments from the class

The majority did not respond and those who did were unable to extend their ideas or provide reasons without prompting. This could be due to maturity, lack of knowledge on the impact of sharing, lack of confidence in own ideas, lack of understanding of social justice.

Follow up work based on sharing and social justice will take place over the year and a re-audit of this task will be done later in the year.