This series of activities was devised and trialled by two student teachers at a suburban Secondary school, with pupils in Year 8 (age 12-13), as part of a scheme of work for their History curriculum.

They wanted to respond to changes to the History curriculum imposed by the Government that signalled a return to a very British-focussed view of history, moving away from a curriculum that made global connections.

A lesson on the Crusades used an account from an Arabian doctor, experiencing European medics for the first time and being horrified at their violent methods for treating patients. It explored historical innovation in Arab medicine, and the impact that it had on British medicine.

Lessons on the Tudors which looked at the Aztec, Mughal and Benin empires that existed before or alongside the Tudors, and were similar in wealth and status. Pupils role-played being explorers and considered what they would find in these new places, and how those objects would contribute to Britain today. Pupils found out about the creation of chocolate in Aztec culture, and the contribution of the Mughal Empire to the monarchy.

At the start the trainees conducted a series of activities intended to measure pupils’ sense of Britishness, and to see how global they felt, and whether they were aware of the connections they had to the rest of the world, or the benefit of the rest of the world to modern-day Britain.

It was clear from the activities that pupils had little understanding of how global Britain was in the past, or of the existence of empires in other parts of the world. They didn’t have a strong sense of themselves as global citizens. The scheme of work helped to challenge this introspective view, encouraged pupils to challenge stereotypes about Britain and demonstrated how global learning could be embedded in the History curriculum.

This Global Citizenship focus was developed with work on the British Empire exploring global connections, and the benefits of these to Britain, as well as encouraging pupils to question the ethics, and discuss colonisation.

At the end of the scheme of work the pupils were asked how global and how British they felt, revisiting a continuum line they had used at the start. Although a few of them had shifted their position to reflect global influences, the majority were still unsure, indicating the need to make space for further work on ‘Britishness’ and cultural identity. The greater depth of discussion and willingness to engage with the topic was a clear indication of the pupils being more open minded and prepared to listen to and learn from each other. 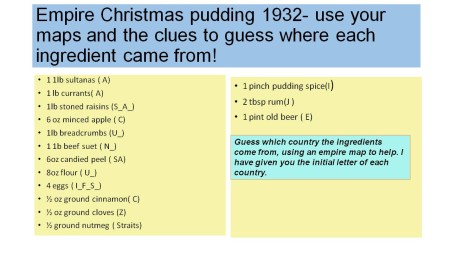 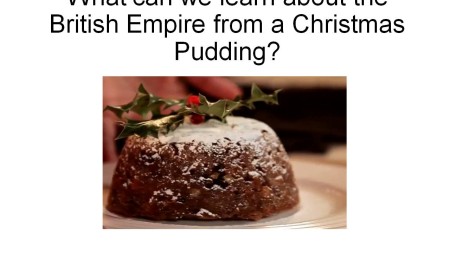