I teach Language and Literature, Civic Education and Ethics in a suburban Vocational Secondary school specialising in tourism and the catering trade. We place a high value on interpersonal relationships, smart appearance and respect for other cultures and values. Pupils arrive aged 15, when their scale of values is already created; this can demand a lot of understanding and sensitivity from staff.

I carried out the activities in a class predominantly made up of 16-year olds. They are creative, independent and well able to articulate their feelings. Their family backgrounds vary – there are divorced parents and single parents – and they tend to have prejudices towards other ethnicities and cultures; sometimes they express xenophobic opinions. I therefore decided to focus on the problem of intolerance, racism, xenophobia, anti-Roma manifestations and negative perceptions of diversity. I perceived Is this a family?, which aims to discover how people consider family background or sexuality, as a perfect activity for this class.

I asked two colleagues who have experience with delivering global education for assistance. They provided me with feedback on the questions prepared for pupil reflection, and also recorded pupils’ comments and reactions during the activity.

I showed them a series of photos of different types of family, and families from around the world. 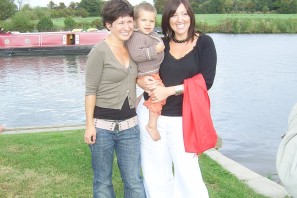 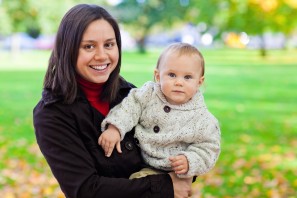 Beforehand I expected that pupils would be very sensitive on the question of family, and would prefer the model of father, mother and children, although this is not the reality for many of the pupils. I also expected a high rate of xenophobic views, racism and disrespect towards multicultural society – I also expected that the Indian family would evoke negative emotions and verbal remarks concerning the Roma minority. I was curious how class dynamics would affect their comments: whether quieter pupils would feel the need to express themselves, and whether I would get honest attitudes or expected responses.

The students were open, curious and almost the whole class focused on the activity; the atmosphere was very good.

I analysed the results very simply, counting the answers per image, and expressing them as percentages. The results highlighted that the most substantial problem was the acceptance of the homosexual couple in the role of parents. I also discovered that, despite the unconcealed racial and ethnicity prejudices, pupils were more sensitive to socially controversial issues concerning families. They perceived family as a positive, irreplaceable institution, being willing to forgive other differing skin colour or religious persuasions of family members in favour of a safe environment for the child. I was struck by their protective attitude towards children, as well as their belief that a childless couple is not a family.

My aim now is to focus on the objective of increasing their level of tolerance and acceptance of homosexual partnerships raising children, while respecting the religious beliefs and the values of the students.

Results of the initial audit

During the next 2 months the content of the Language and Literature curriculum allowed me to raise questions connected to the issue of family and homosexuality while teaching what I needed to. Activities involved descriptions of types and functions of families and lessons about journalistic style, where we looked at the portrayal of racism, violence and family. Homosexuality and family was integrated into a unit about the poètes maudits (poets living a life outside or against society) and the dramatization of Hamlet. Even in a class on traditional Slovak drama we found a lot of inspiration concerning families. In one, students came to the conclusion that couples, regardless of sexual orientation, are obliged to protect their children and that they understood children as being an integral part of the definition of a family.

The final audit reproduced the baseline audit, with the important difference that not every student was present on all follow-up activities.

Results, with the change indicated (+/-)

For the homosexual couple without children 52% of yes answers dropped to 26%; the students do not consider this type of family as a family. There was a very slight increase in acceptance of homosexual couples with children from 52% to 58% in yes answers. The changes in other questions I consider being positive, because students started to critically review their opinions on the basis of deeper thinking about the notion of family. The changes in the assessment of not traditional types of families did not however influence the perception of heterosexual family with children or the extended family.

Overall, there was an increase in the acceptance of homosexual couples raising children. Students discussed notions, facts and contexts relating to family and reflected when giving their thoughts and opinions.

Tackling controversial issues in the classroom can be daunting: a technique like Philosphy for Children might be a tool for encouraging pupils to consider other viewpoints, even if they themselves do not hold that viewpoint. This can be a useful way to broaden pupils’ thinking, whilst still maintaining an open dialogue.