We trialled this activity with Years 2, 4 and 5 (age 6 – 10) from two quite different schools. One is a small rural school in an affluent area (school 1), and the other is a much larger urban school, with a higher proportion of pupils from disadvantaged backgrounds (school 2). The two schools have one head teacher and the staff and pupils are used to working together.

We divided pupils into small groups, and this activity formed part of a carousel of 12 activities in total. Each group had about four minutes to complete the activity before moving on to the next one. We were particularly interested in tracking any differences between pupils at the two schools, and between the genders. So we took note of which pupils gave which answers. We organised the pupils into groups of all girls, groups of all boys and mixed groups and noted down the make-up of the group when recording responses.

The two categories that were the most interesting from these two schools were around Housing and Schools.

The ones with bold text show the most popular responses. The two schools were well-aligned on most responses, differing only with their choices for places to go and relating to the law.

School 1, the small rural school, chose safe places to play over the other choices, whereas school 2 chose a place where you can worship according to your religion.

School 1 chose a place where the police are fair, whereas school 2 favoured a place where criminals are rehabilitated and supported to stop reoffending.

However, the real detail of their attitudes comes from the comments they made during the activity. All of these were recorded as well.

Year 2 (age 6-7) pupils were almost unanimously agreed that a hostel for the homeless was the most important of the choices on housing.

Attitudes from pupils in Years 4 and 5 (age 8-10) were very similar, but obviously better developed. 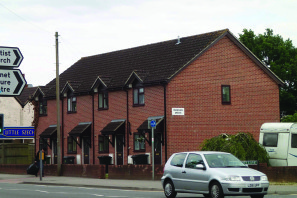 Houses that most people can afford

21. A school which welcomes everyone

Pupils also considered broad ranging options. For example, one group who had chosen a place that is safe to walk and cycle as the most important of the transport options, were then tempted to change their choice when one pupil thought about people with disabilities who can’t walk or cycle, where public transport is then the most important option.

They struggled with the choices around law the most, showing the greatest indecision.

What this data shows is that even very young pupils have a strong sense of social justice and fairness and can articulate the needs of others, empathising with people that they may have no experience of at all.