The activity What’s the best way to stop a conflict? was carried out in my Year 7 (age 12-13) Slovak class of 17 pupils. I created some hypothetical conflicts, and wrote them on individual cards. I numbered the conflict situations to facilitate the evaluation. After individual work, the pupils created groups with those who had been assigned the same conflict. The description of the conflict situation, and proposed solutions, were read out. We looked for common features in the answers. Then we discussed the chosen solutions, and thought about why.

Evaluation of the results

Other options considered as solutions were:

Positive: for both to use the computer simultaneously, co-operating; to reach an agreement; to decide whoever got to the computer fastest got use it.

Negative: for one boy to win by deception.

Solutions the class preferred were: to find another pair of shoes; finders keepers (they go to whoever found them first); or to toss a coin. Pupils considered solutions such as fight, quarrel, and exact revenge to be the worst ones.

Positive: Agreement; somebody else should decide.

Negative: To call friends to help, to quarrel and not talk to each other anymore. 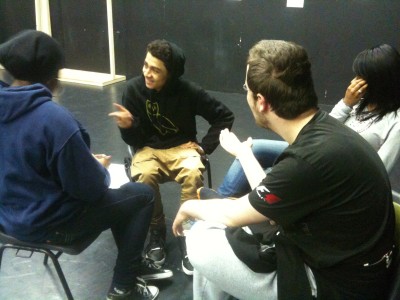 As the right solutions to the problem, pupils discussed mostly the intervention of the parents; stopping fighting and becoming friends and alternating so each gets to play with the toy. As completely inappropriate solutions, the pupils voted for parents letting the children fight, parents hitting each other, and passers-by entering the fray.

Among other good solutions were the following suggestions:

Positive: They become friends and go for an ice cream together, they wait for help, both retreat, the smarter retreats, parents divert attention to something else and take the toy, share it according to time limits.

Negative: complaining, quarrelling, one party calling friends in order to beat up the other party, getting annoyed and refusing to talk anymore.

In the last conflict situation pupils preferred: to buy new things instead of quarrelling about the parts; persuade the other party to retreat, because you need the parts more urgently or be smarter and retreat, going to other shop. On the other hand, similarly to the solutions of other conflict situations, they condemned quarrels, fights, violence, pretending to retreat seemingly and then taking revenge or to stealing from each other.

Other options considered were:

Positive: to negotiate, to agree, both go elsewhere to the shop, somebody else to decide (the shop assistant).

Negative: insults, complaints to the shop assistant, dividing the parts among both parties.

This activity showed that pupils are conscious about what is right and what is wrong, and although they act differently in their own lives, they are very critical about things that do not involve them directly.

It is advisable to number the conflict situations, because they are easier to evaluate, or again to name them with a key word.

Selecting and formulating the conflict situations to make them relevant to the class would seem appropriate. You could engage pupils in filming the scenarios for other classes to watch and consider the ending. This could fit in with a variety of curriculum subjects based on the plot of the video – in Literature classes it could be some story from literature, or a real life scenario from the news, for example a court case.

When repeating the activity, changes could be made to the descriptions of the environment, people and subjects, but the substance of the conflict should be preserved.