As children grow up in an ever-changing and multi-cultural world, it is now even more crucial that they are exposed to not just one story of different cultures but to a variety of different stories showing our diverse world and the people in it for the individual and important global citizens that they are.

We carried out a two-week cross-curriculum project in which the pupils were encouraged to learn about Jamaica and some of the people that live there. I used this activity with the mixed Year 3–4 class (age 7–9) that I teach.

We started by exploring a map. After discussing the geographical position of Jamaica, we decided to share what we already knew about it. Many pupils knew little; responses included: 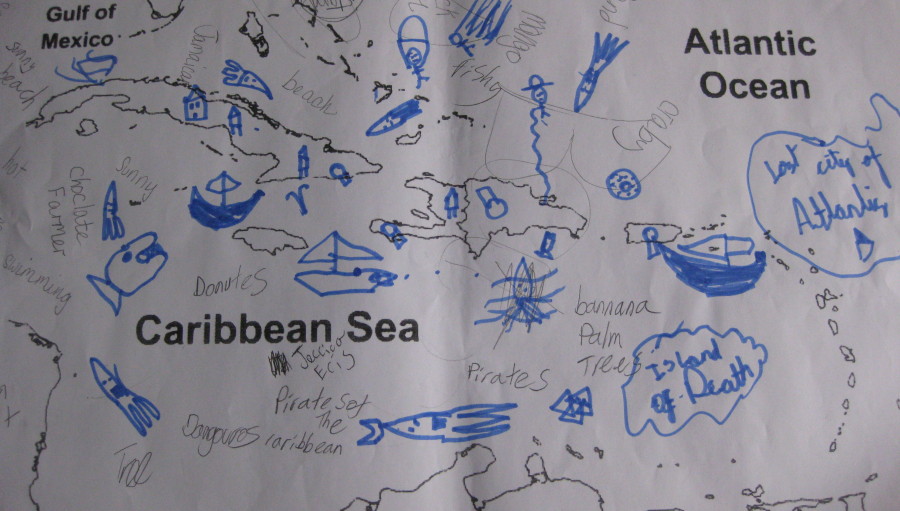 We next explored the Jamaican flag. We watched a short video clip in which a Jamaican girl spoke about the significance of each colour on the flag to the people of Jamaica. We discovered that the green represents the land, the gold represents the sunshine and the black the hardships suffered by Jamaicans in the past. We then turned to the people of Jamaica, and their history. We discussed slavery and talked about the many reasons that the people of Jamaica came from several different countries. The Jamaican motto – Out of many, one people – fuelled discussion and allowed the children to consider the meaning behind this powerful and uniting phrase. Questions such as Does this apply to our country? Do we also have a multi-cultural people? and Could we use this phrase to describe the entire world? encouraged children to discuss and consider themselves as global citizens. 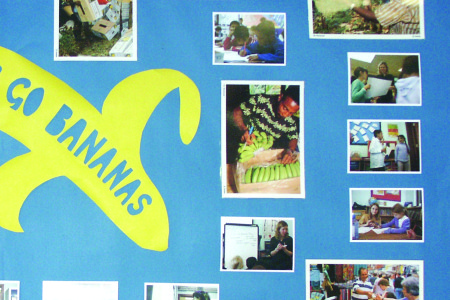 The discussion of the initial slavery and, then later, the paid servants and land workers in Jamaica encouraged pupils to consider the meaning of fairness. This neatly introduced our work on Fair Trade and inspired the children to learn about the lives of the people working and farming in Jamaica today, and the effect that our daily actions could have upon them. We followed with a series of video clips featuring a variety of Jamaican people to learn about their jobs, their lives and their families. P

upils explored a wide range of materials and discussed, among other things, the different jobs that people in Jamaica could have, including, for example lawyers, teachers, tourist guides and farmers. We then compared to jobs people have in the United Kingdom, noting that most were the same. The pupils were also encouraged to compare a variety of different styles of Jamaican housing inhabited by people from different economic backgrounds.

During the two weeks, a teacher who had visited Jamaica and briefly taught in a Jamaican school visited the class. Pupils were fascinated to hear and learn about the children in Jamaica and many were surprised to learn that the children in Jamaica study the same subjects and follow a similarly- structured school day. We also studied the houses that people from a variety of different economic backgrounds lived in. This enabled pupils to move away from the single story stereotype and the assumption that all Jamaicans work on farms in poor conditions, and enabled them to gather a truer perspective of modern life in Jamaica.

As the project was cross-curricular, the music teacher approached the topic using Jamaican work songs Hill and Gully Rider and Tingalayo as a springboard to explore with the children their perceptions of, and possible misconceptions about, the differences between the world of work in Jamaica, the USA and England. To strike a balance and to compare like to like, she also used What Shall We Do With the Drunken Sailor? from the English maritime tradition of sea shanties to show that work songs were also sung in the United Kingdom before mechanisation.

Furthermore, our work on fair trade, using Jamaican banana production as our foundation, has allowed the children to reflect on the effects of their own actions on other people in the world. Children were encouraged to look for Fair Trade products when out shopping and have produced a piece of reflective writing on the issue.

To sum up what the children had learnt over the two weeks, I displayed a picture of two little boys with a bike tyre, playing on a beach in Jamaica. I asked the children what they thought about this little boy’s life. Responses included:

The children were more able to think of similarities between themselves and the children in the picture. They were also more critical in their thinking while discussing the lives of the children. I could see the thinking sparked by our work topic leading to comments on how all countries need different professions and how countries are going through a similar process of modernisation, leading to new opportunities and challenges. I think that global learning is a vital part of any child’s education. This particular activity, for example, linked to a variety of subjects including Geography, Literacy and PSHE (Personal, Social, Health and Economic Education) across the curriculum.